A tribute
to the adventurous Núria

Intense aroma, combines the fruity notes of Chardonnay and toasted of the varietal. Beneath, a perfume of barrel aging. On the palate, fruity taste with a touch of of vanilla and a surprisingly refreshing and mineral finish. The Cols plot is located in a recent terrace (Holocene) of the Anoia river. It has been formed from materials deposited by the Anoia River in the past. They are deep soils, with a sandy-loam texture, which allows good aeration and circulation of the water in depth, as well as the extension of the roots to that depth. Being deep and moderately coarse in texture, its clay content is relatively low and avoids excess water in the rainy season, which allows the correct water supply to the plant from the deep layers in periods of low rainfall. The water retention capacity of these soils is moderate to high. The presence of carbonates and the fact of being relatively stable soils have caused their mobilization, accumulating them in the lower layers in the form of mycelia and pseudomycelia.

The Plot is located in the middle of the Sumarroca Estate, in the municipal area of ​​Sant Sadurní d’Anoia. It is well exposed to both the influence of the dry winds of the interior and the marinades from the Mediterranean, these ones mitigated by the effect of the coastal Serralada, which reduces its humidity. The soil is calcareous and shallow, with a frank and loam-silty texture, well drained and with gravel sedimentary. 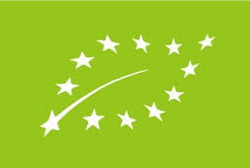